Once upon a time, if you wanted to sell more widgets, you worked hard to make your widgets better than other people’s widgets and then you told everyone about their superior performance.

Then someone discovered aspirational marketing. Now, many many companies invite you to emotionally invest in their brands and create a relationship of shared experience and values rather than just make a purchase of the best product. Most academics trace aspirational marketing back to the 1970s but I think it goes a bit further back: take the American Royal Worcester Corset Co, who had spotted in the 1890s that buyers of Worcester porcelain aspired to be collectors of luxury rather than just tableware customers and wanted in on this successful brand.

According to a BBMG/GlobeScan study, 39% of the global population are aspirational consumers, who are “defined by their love of style, shopping and social status. They also share a desire to consume responsibly and influence their peers based on shared interests, passions and values.”

In theory, museums ought to be brilliant at aspirational marketing – we have style and status to share, along with emotional stories that our communities can easily and deeply buy into. 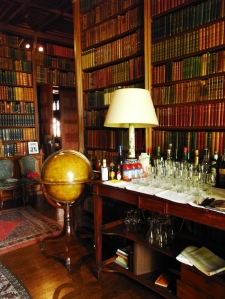 Madresfield Court in Worcestershire is the ancestral home of the Lygon family. The family of the 7th Earl were the inspiration for Evelyn Waugh’s Brideshead Revisited. The house has many gorgeous features but this photo shows my favourite spot – the drinks table in the library. This absolutely sells the story of the house to me: intellectual, fun-loving, of a class and income bracket that pre-dinner cocktails are an every day social moment, with a heritage that they take for granted. The rest of the house is wonderful to admire, but this spot makes me wish I’d been born a Lygon.

I know that Madresfield wouldn’t consider this little corner their finest asset and I think that most heritage organisations are similarly much more knowledgeable about their best collection objects/historical significance rather than their emotional connection to their audience.

Dan Hill makes it quite clear that this could be a problem for us in Emotionomics: Leveraging Emotions for Business Success (2010): “At a strategic level, the key point is that emotions matter. Emotions are central, not peripheral, to both marketplace and workplace behaviour. As a result, companies able to identify, quantify and thereby act on achieving emotional buyin or acceptance from consumers and employees alike will enjoy a tremendous competitive advantage.

“It’s actually more important (and lucrative) to be on-emotion than on-message.”

The concept of Worcester Woman (from wiki: “Worcester woman” is a political term used by polling companies in the United Kingdom. It profiles or describes a type of median voter, a working class woman in her 30s with two children who worries about quality of life issues and has little interest in politics) from a feminist standpoint is fascinating: anonymous and unassuming, but with the power to change a significant decision.

One hundred and fifty years earlier, it’s really interesting to discover that Worcester Woman had an enviable work-life balance, thanks to the structure of the glove industry.

Ellen (Mrs Henry) Wood was a novelist, born in Worcester in 1814. She wrote over 30 popular novels and was, in her time, as much a favourite as Charles Dickens.

Her Worcester upbringing becomes clear in her descriptions of the glove-making industry in Mrs Halliburton’s Troubles, published in 1862. The lifestyle of the gloveresses she puts down, albeit romanticised, shows a level of freedom that would be unheard of for working class women in the fields or factories:

HELSTONLEIGH abounded with glove manufactories. It is a trade that may be said to be a blessing to the localities where it is carried on, since it is one of the very few employments that furnish to the poor female population easy, clean, and profitable work at their own homes. The evils arising to women who go out to work in factories have been rehearsed over and over again ; and the chief evil—we will put others…

“You don’t bring in the masses by dumbing down. The public will come to see great art.”

“Missing from The Times of 1968 was anything to do with the home or emotional life. There is nothing about marriage, divorce, children, schools, au pairs, depression, drinking, health, drugs, teenagers, affairs, fashion, sex, successful relationships, failing relationships, interior decor, cancer, infertility, faith, grandparents – or any of the other things that make up the texture of our non-working lives.”

Let’s use a sports analogy.

Does a film of him shooting with a rubber duck (and a donut, and at a clay target etc etc) dumb down his skills? Of course not, the man’s a bloody genius with a stick and a bath toy.

But as yet, there are no plans for the National Hockey League to replace regulation pucks with rubber ducks. When the fans turn up to the stadium, they see the same game in principle as they did in 1917 when the league began.

There are humorous, celebrity, spectacular and even dumb hooks that make you interested to visit the blockbuster, they shouldn’t be the only or the most important content once you are there. But worthy and significant content needs those light-touch hooks or it all gets a bit boring. 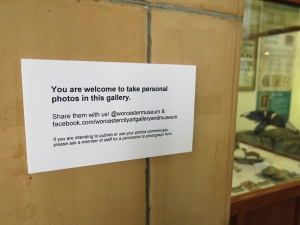 It’s completely normal to react defensively to a negative comment. This makes listening to museum visitors harder than it should be; you usually need to analyse what will make their visit better rather than just responding to what they say and leaving it at that. It’s also easy to live with imperfections until it really bothers a particular visitor. Museums are not perfect places behind the scenes or in front of them.

This week, a really amazing woman complained during her visit because she’d encountered something we’d been too slow to update. She was generous and she was absolutely right. By some miracle alignment of the stars I was in the right place at the right place time to solve it there and then. 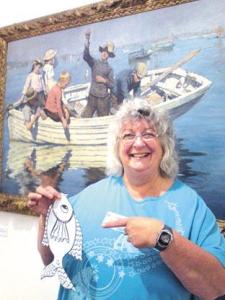 Nina Simon‘s excellent book The Participatory Museum is available in open source format, including a case study (in chapter 3) of our Top 40 exhibition at Worcester City Art Gallery & Museum.

The case study was drawn from my guest blog post on Museum 2.0, written a couple of months after the exhibition. Still one of the most fun exhibitions to have curated – no loan negotiations but instead a weekly voting spreadsheet-wrangle and twisting staff arms to provide press shots.

I led a few Writing Interpretation workshops for the Renaissance West Midlands training programme in 2006. We always used the find out what your learning style is worksheet from the Inspiring Learning for All toolkit and it was interesting to see that most museum professionals are indeed Linguistic Learners.

I’m a visual thinker and interestingly I’m becoming more so as the years progress. I’m very good at not reading exhibition panels. 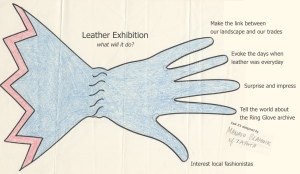